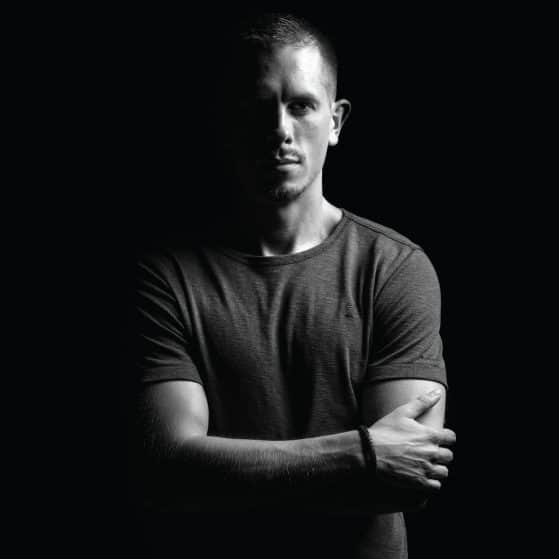 KAYSEN From London to Dubai

Currently dubbed as one of UAE’s hottest DJ’s, KAYSEN holds residencies at Caramel Dubai and Cargo Pier 7, he can also be found playing guest slots at prestigious clubs including Hush and Ark Beach Club – Koh Samui, whilst major venues such as Armani Prive (Burj Khalifa) and Trilogy (Madinat Jumeirah) are past employers.

His impressive sets won a coveted 2nd place award in the Palme DJ Competition in 2009, which led to significant features in magazines such as Timeout, OK and Infusion magazine. Since then KAYSEN has grown as an artist/producer, in 2017 he signed a deal with London-based Mixmania Records releasing his debut single ‘The Night’ which shot to number one within the first week on Mixmania Records beatport chart. He also hosts a Saturday night radio show on Dubai’s biggest dance music station Dance 97.8 FM. Internationally renowned DJ/producer KAYSEN has been leaving his mark on club scenes around the world. From London to Dubai, Tenerife to Thailand, KAYSEN has carved out his own innovative style with influences from both commercial and underground music.

Currently dubbed as one of UAE’s hottest DJ’s, KAYSEN holds residencies at Caramel Dubai and Cargo Pier 7, he can also be found playing guest slots at prestigious clubs including Hush and Ark Beach Club – Koh Samui, whilst major venues such as Armani Prive (Burj Khalifa) and Trilogy (Madinat Jumeirah) are past employers. 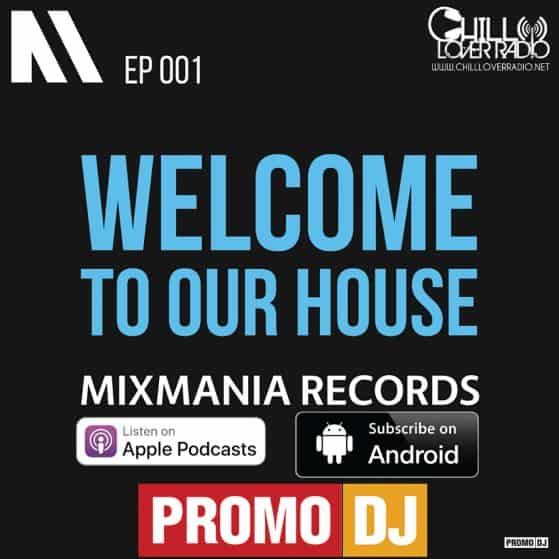 Dj Ease will be joining a huge network of talented djs from across the globe with the rapidly growing Internet radio station Chill Lover Radio New York, their affiliations include some of the biggest names in the music industry, Todd Terry, Ultra Natè, Michelle Weeks, Quentin Harris, Oscar P and the connoisseur of house music Dancin`Mark plus many many more.

Playing his own unique style of Deep Tech with a fusion of hypnotic elements, low-end tight beats, uplifting melodies and showcasing some of the biggest up and coming talent from across the globe. Dj Ease will be sharing some of the best House, Tech House and Techno.

Thank you to everyone at Chill Lover Radio in New York for your continued support. 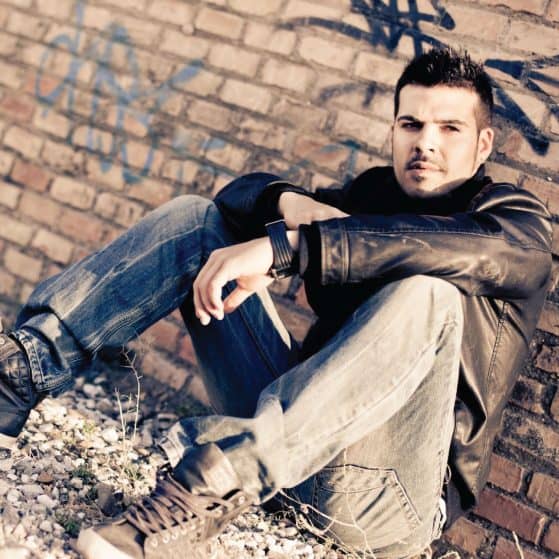 FRAN EVOLUTION A Musician In His Own Right

Fran Evolution is a DJ and electronic music producer from Málaga Spain with more of 12 years of experience. Since the beginning, Fran has observed the development of his own style of music concentrating on Deep House, House, Tech House, Techno, Trance and Hip Hop.

Motivated by his passion for music in general and producing his own style of music that is aimed more for the dance floor, Fran Evolution is certainly a musician in his own right, having studied electronic music on the coast of Spain.

Fran Evolution has been performing at clubs in Spain also around the globe including Moscow and Brazil. Releasing his music on labels such as Sousa-Label, Conic Records, We Love Techno, Puro Groove, Mixmania Records. 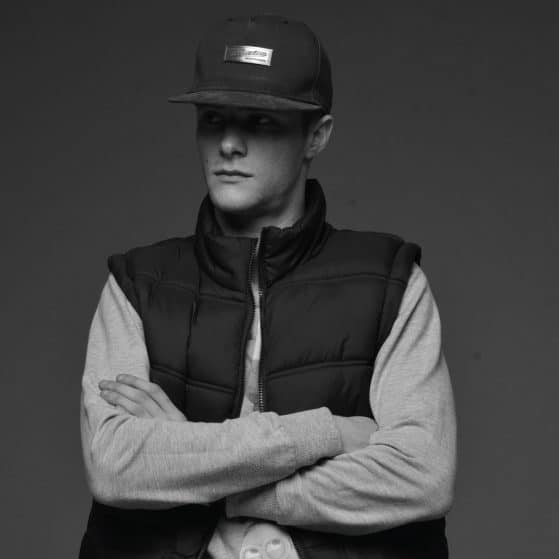 Duplex Has Been Dubbed UK Star

Since 2011 Duplex has been engaging and enthusing his followers in live settings such as O2 Academy Islington and Birmingham, Wychwood Festival, Festival on the BBC Introducing stage, Godiva Festival and Notting Hill Carnival and many more across the UK.

He has supported artists on tours, such as Sigma, Jaguar Skills, Redlight, Tim Westwood, DJ Russke, Tom Zanetti & K.O Kane, Ghetts, Fuse ODG, Meridian Dan, Big Narstie to name a few plus many more at various events up and down the country. In December 2015 Duplex headlined a set for Ministry Of Sound, which was described as “the standout performance in his music career so far”, The Empire Club.

In early 2015, Duplex signed his first single All Through The Night to Fidget Music. This reached no. 9 in the Music Week Upfront Club Chart; no. 11 in the Music Week Commercial Pop Chart. This has led to remixes by Paul Morrell and Dancing Divaz, then followed by radio play on Kiss FM. Then in September 2016 Duplex were crowned BBC Introducing’s Band Of The Month for September and ‘All Through The Night’ was aired on RADIO 1 by Huw Stephens on his BBC Introducing show witch spurred more attention towards the track and led to an interview which was aired 24/9/2016.

His debut music video, filmed in L.A. now has 120,000+ views on YouTube and was aired by MTV, Box TV and Clubland TV! After All through the Night was signed, Duplex put out his first house single You Got Me Thinking, which was picked up and signed by New York based label Karmic Power Records. Shortly after announcing the signing of You Got Me Thinking, Duplex signed another House production to Maison Records.

Duplex has just released his latest single Time’s Up Hombre off Mixmania Records and, an official Drum & Bass remix of Tim Berg (Avicii) – Seek Bromance rework off Fidget Music. The duo have a versatile appeal with a single synced to the movie Carnivore premiering in Leicester Square (2017) and made it’s way to Cannes Film Festival in 2016. The single features Michael Buble’s protege Tammy Weis.

In January 2017 Duplex signed a publishing deal with 23rd Precinct Music, Notting Hill Music’s partners. Also in early 2017 Duplex was appointed youth ambassador of Capital Xtra’s artist development course ‘Music Potential’ in which he was a student of only just last year in the summer of 2016.

Duplex is currently working on his forthcoming releases creating a fresh sound to carve his mark on the industry, His latest production for Birmingham based singer/songwriter Namiwa Jazz is due out shortly and is already causing a stir! 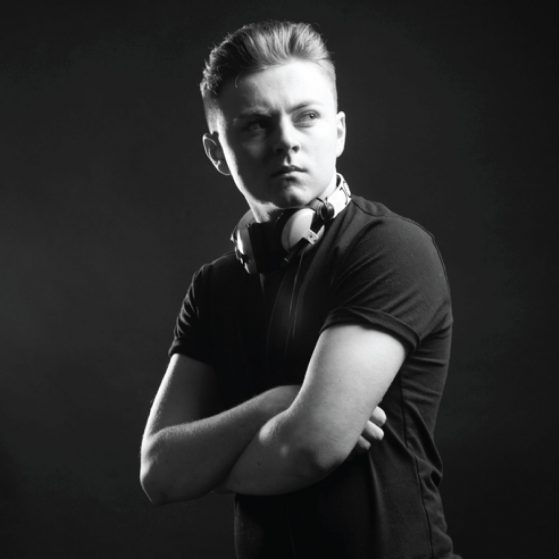 [vc_row iron_row_type="in_container" iron_remove_padding_medium="" iron_remove_padding_small="" iron_overlay_pattern="" iron_parallax="" iron_bg_video=""][vc_column css=".vc_custom_1479373256771{padding-bottom: 5px !important;}"][vc_single_image image="7497" img_size="full" img_fullwidth="0"][/vc_column][vc_column width="1/2"][vc_single_image image="7499" img_size="full" css_animation="appear" img_fullwidth="0"][/vc_column][vc_column width="1/2" css=".vc_custom_1479373276140{padding-right: 5px !important;}"][vc_single_image image="7498" img_size="full" css_animation="appear" img_fullwidth="0"][/vc_column][/vc_row][vc_row iron_row_type="in_container" iron_remove_padding_medium="" iron_remove_padding_small="" iron_overlay_pattern="" iron_parallax="" iron_bg_video=""][vc_column][vc_column_text css=".vc_custom_1479818993141{background-position: center !important;background-repeat: no-repeat !important;background-size: contain !important;}"]
[/vc_column_text][/vc_column][/vc_row][vc_row iron_row_type="in_container" iron_remove_padding_medium="" iron_remove_padding_small="" iron_overlay_pattern="" iron_parallax="" iron_bg_video=""][vc_column][vc_column_text css=".vc_custom_1501486489684{background-position: center !important;background-repeat: no-repeat !important;background-size: contain !important;}"]Hailing from Dublin in the Republic of Ireland Josh Coakley is setting a record by becoming one of the youngest Irish talents showcasing on an international level. Not only has he managed to build up a stunning performance repertoire over a short period, but he was also the youngest producer ever to get signed to Ireland’s largest record label Luxor Music. As this was not enough yet, his first release together with Damon Hess called ‘’Keep It Comin’’ smashed into the Beatport charts climbing up to number 15 and staying there comfortably for 2 weeks. And yet the success for this young and extremely talented performer and producer continues to evolve week after week. With upcoming releases on some of the most renowned record labels in the world you can expect nothing less that pure evolving greatness from a humble yet very passionate young individual.

Also on the performance scale he keeps on expanding his horizon playing in the major venues that Ireland has to offer. Some of the most notable ones being, The Wright Venue, SIN and many more. He has completed a circuit performing in Ibiza and has also performed in many venues in the UK. With all this happening for Josh it did not take long before local and national papers and magazines picked up on his success. Getting praise from the best article writers and blogger’s in his home country of Ireland and overseas. Josh’s sound is best explained to be an energizing merge between Deep-House/Vocal House/Classic House infused from time to time with Tech- House. He is extremely versatile in what he plays and creates and loves experimenting with sounds.

For Josh Coakley only one thing matters, and that’s to provide his crowd and his fans with nothing less than an amazing experience in music. It’s all about having fun in what he does and hoping to share it with as much people as possible. His unique skills behind the decks also never go unnoticed as he can make the craziest transitions without even thinking too much about it. The future is bright for this young artist. Many people in and outside of Ireland follow his evolvement into this over saturated scene in which he can stand out without having to make crazy jumps. In the end of all things, we can be sure to hear a lot more from this unique talent in the future to come.